How often have you listened to the radio and thought about how much you liked a song by a certain performer? If you are like me, you listen to the radio (Spotify, iTunes, etc.) so often that thought pops into my head probably daily (on a really good day hourly). We associate the songs with the performers, the ones who give it the unique sound. But, we rarely give credit to the song writer or lyricist. Many of us probably assume that the performer also wrote the music and lyrics. That isn’t always true.  Let’s take Elvis as an example. He was a pretty iconic performer. Most people can name at least one song he performed. However, he didn’t write any of them! Other singers like Whitney Houston helped co-write a few songs, but mostly performed ones written by others. Meanwhile, some performers are also very prolific songwriters, but their songs are attributed to others. Dolly Parton is one of those writer/performers. In fact, Whitney Houston is associated with Dolly’s song “I Will Always Love You.”

Without going into a lengthy discussion on writers versus performers, there are similarities in the quilting world. There are a significant number of quilt designers who go underappreciated, like the songwriters. Recently, I heard one designer talk about her mixed feelings about this. She was very glad that people enjoyed her patterns and the company that distributed them as kits. However, it would have been nice for the customers to realize she designed them, not the distributor. She sells other patterns and knows that once someone likes your style of pattern writing, they tend to buy more of your patterns. She is like the invisible songwriter. Granted, the distributor markets it well and compensates her fairly, but sometimes it is nice to get the credit.

So let me ask a question, if you are buying kits or downloading free patterns from a distributor or fabric company how much attention do you pay to who actually designed it?  Do you realize you may have an affinity for certain designers and their work? You may like a certain designers work and not even know it because you did not know to pay attention. Most patterns, even free ones or ones with kits, are created by a specific designer. Some of these designers only work for one fabric house or distributor. Others work for many and sell designs on their own.

Some of you may enjoy the free Broome Street Patterns offered by Timeless Treasures. There are a number of designers that contribute to Broome Street and I am one of those. Here is a list of free patterns I designed for Broome Street: 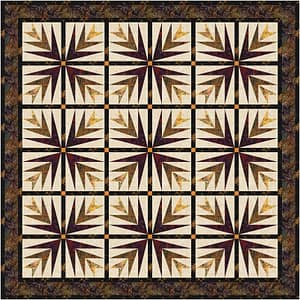 Regardless of who designers write for, they deserve a little credit for all of their hard work to create the designs you love. Designing can be thankless work, like the song writers, because you, the performer, make it beautiful and give it a unique flair that people will notice for years to come.