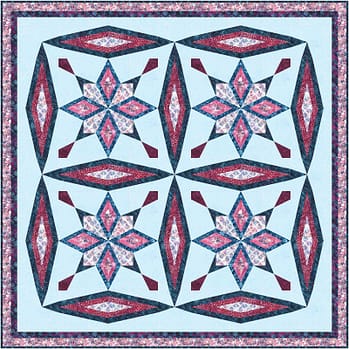 We are fortunate to live where the glare of city lights does not obscure our view of the stars at night too much. So when there is a cloudless night, I take advantage of the view and marvel at the sky above me, while waiting in the backyard for my dogs to finish their evening duty.  Some nights I get a clear view of Orion, the Big Dipper and the Little Dipper. (I am working on the identification of other constellations).

Orion, the hunter is easily identified by his belt (the Trapezium Cluster), which consists of three stars: Alnitak, Alnilam, and Mintaka. He also contains two of the brightest stars in the sky: Rigel and Betelgeuse. Interestingly, Orion contains two meteor showers, one of which peaks in late October. I will have to watch for that.  Orion is the mythological son of Poseidon, so he is one of the few not sired by or coveted by Zeus! Near Orion is the constellation Taurus, the bull. There are plenty of mythological stories of Orion (or whatever the local people call Orion) fighting a bull. Another interesting fact is that the constellation Scorpio rises as Orion sets, which led to many stories of Orion perishing from a scorpion sting.

The Big Dipper or Ursa Major (the Big Bear) is another easily identified constellation. Ursa Major is one of the oldest constellations. It is also the third largest, containing seven major stars. According to Greek mythology, the nymph, Callisto, made a vow of chastity to Artemis, goddess of the hunt. As with many Greek myths, Zeus fell in love with Callisto and they had a child. Isn’t it amazing what a philanderer Zeus was and how much trouble he caused? Artemis and Zeus’ wife, Hera, were both angry. Depending upon the version, one of them turned Callisto into a bear and the other threw her into the sky to become Ursa Major. Ursa Major also has a role in more recent history. It is the “drinking gourd” which led the way north for many people on the Underground Railway.

The Little Dipper or Ursa Minor (the Little Bear) contains five named stars, including Polaris also known as the North Star, one of the brightest in the northern hemisphere. As with most constellations, there are several myths associated with it. The most popular is that Ursa Minor was formed when Callisto, in her cursed form of a bear, startled her son Arcas (sired by Zeus) while he was hunting. To prevent a tragedy, Zeus scooped them both into the sky to form Ursa Major (Callisto) and Ursa Minor (Arcas).

The stories associated with all of the constellations tell so much about the cultures that created them. What else is striking is how many of the stories are similar even though the peoples lived continents apart. For example, Ursa Major was known to both the Greeks and Native Americans as the bear. Many of the cultures used these constellations to tell stories of their history, morality, or seasonal occurrences. Like me, people throughout history have marveled at the sky and the stars and night.

I tried to capture the beauty of these stars in the pattern, Star Struck. Star Struck has four large, foundation pieced, blocks, and star sashing. It was designed for Hoffman’s Candy Skies collection, which seems fitting, don’t you think? The colors in this batik collection make me think of dusk and dawn, when the skies lighten and darken through those beautiful shades of pink, violet and blue. When finished, the quilt measures 83″ square.  If you want a beautiful wall hanging, complete just one block. If you want a small throw, try a block with sashing. If you are looking for a larger quilt, wider borders would certainly work well. Regardless of the size you want, we hope you will give Star Struck a try!

The pattern is available in our shop for retail and wholesale.